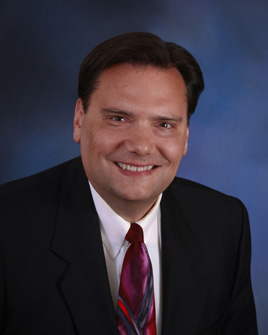 It’s not uncommon patients express shock these days at the very idea of letting a child play football these days. Given all we have learned about the risks of strain, overspecialization, and concussions, why would anyone still send their kids to Pop Warner?

Recently the Huffington Post offered a few reasons, in what amounts to a broad counterpoint to many prevailing sentiments. The main point is that football players suffer fewer injuries than basketball players, and that concussions are common in soccer as well. The author also sees fit to mention that kickers and punters don’t get hit very much – not much of an argument, because neither do fans.

So was I convinced? Not really. There is a ceiling on the effectiveness of any argument that effectively amounts to, “Yeah, but them too.” More to the point, simply counting injuries isn’t nearly as valuable as assessing how serious they are. Football still leads the pack in real danger because of the potential lifelong impact of concussions.

The author does make one reasonable point, namely that football gets more dangerous as you grow, so younger kids are unlikely to absorb the tremendous force of their grown counterparts:

Very young kids aren’t likely to be seriously harmed by playing football. But older kids are, and adults are nearly certain to.

The choice to play football belongs to each individual family. But as a pediatric orthopedist, my job is to be clear with patients about the risks of any sport. When it comes to football, the risks are real.

Wrist pain is one of those ailments that looks small but looms big. Our wrists are an integral part of modern living, especially for anyone who types, lifts, or creates for a living. Which is basically everyone.

Wrist pain can be caused by inflammation or injury, and it can wax or wane over time depending on the severity of the issue. Some wrist pain is caused by poor workplace ergonomics, and may be solvable by a change in posture or habit. Other kinds of wrist pain may require physical therapy, steroid injections, or even surgery to repair those tendons and joints which have grown worn with overuse.

One of the simplest first-line defenses against wrist pain is to stretch often and take frequent breaks. Stretching begins with extended arms and looping hands, but many physical therapists recommend some more advanced exercises as well. This one is the most difficult, but one of the most rewarding with practice:

Lace your fingers together, extend your arms out in front of you and then bring them up and over your head. Your palms should be facing away from you. Hold for ten seconds.

And when exercises no longer do the trick, it’s time to visit your San Diego orthopedist. My offices include diagnostic equipment and onsite technologies to give you lasting relief on an outpatient basis. Contact us today to learn more about the best help for wrist pain.

Frozen shoulder is a surprisingly common disorder – estimates hold that something like one in fifty adults will contract this painful condition. Yet most people either fail to recognize the symptoms, or else misdiagnose the pain as something else.

This recent video follows one woman’s experience with frozen shoulder, from diagnosis through intensive therapy. Along the way, it makes the important point that therapy must be regular and long-lasting to truly relieve the symptoms:

When the capsule in your joint begins to swell from inflammation, the result is impeded motion and excruciating pain. That’s why it’s important to visit an orthopedist and get a full workup to determine the best course of care, and the most effective lifestyle changes available.

One of the services that we offer here at the San Diego Orthopedic Surgery Center is platelet rich plasma, or PRP. These are injections which are essentially comprised of the patient’s own blood, spun and purified to deliver healing platelet cells at the site of an injury.

The jury is still out on whether PRP works for everyone, and some of the mechanisms behind it remain poorly understood. But some patients experience dramatic healing and recovery with the injections, reporting a renewed mobility and comfort within a matter of weeks, even when other therapies failed to produce results for years. For instance:

Two days later, Dr. Jason Tucker treated both his knees on the same day. And two weeks later, the swelling around Zeledon’s knees was down, he walked steadily with braces, and felt no pain.

Stories such as these get added to the basket of anecdotal evidence suggesting that PRP seems to help people in many cases. And when PRP can’t do the job alone, it can be combined with supplemental measures such as the use of hydraluric acid (HLA) to keep the joints moving freely:

Whalen said he doesn’t advise using PRP alone for osteoarthritis, commonly known as “wear-and-tear arthritis.” But he said PRP could be used in conjunction with hyaluronic acid, a substance that occurs naturally in the body and helps lubricate the joint.

My orthopedic surgery practice offers the cutting edge in treatment modalities for knee pain, elbow pain, shoulder pain, and similar complaints. If you have pain and want to try the standard in orthopedic care, please reach out today.

Over-specialization among young athletes is a frequent topic on this blog. As more kids engage the same sport year-round, the repetitious nature of that activity can lead to a spike in stress injuries and asymmetrical development.

It bears repeating that when kids do just one thing all the time, they place themselves at risk for the kind of sports-specific traumas that professional athletes face. Intensive training should belong to several activities, not just one.

The NBA seems to agree, as they recently issued a new set of guidelines for young players:

Kids need space to rest, grow, and thrive. Mixing up their athletics is a key to cultivating a healthy and broad-based physical development. If you have questions about how much is too much among young athletes, contact the San Diego Orthopedic Surgery Center today.

I see kids from every walk of life in my role as a pediatric orthopedic surgeon, but the most common sport that brings new patients is football. It perhaps goes without saying that football’s gladiatorial design leaves many new children hurt each season.

No area of football injury has garnered as much attention as concussions, which have earned extensive coverage up and down the age brackets. Professional football players continue to be diagnosed with unusually high rates of CTE, and most physicians believe that the high incidence of concussions on their sport is to blame.

Now new data suggests that younger players are at risk for similar lifelong difficulties, even when blows to the head do not rise to the level of official concussion:

It’s a sobering video, and a compelling reminder that there is much we yet don’t know about closed head injuries in children, or about sports injuries generally among young people.

If your child is a competitive athlete and you have questions about his or her long-term health, please don’t hesitate to contact the best pediatric orthopedist in San Diego.

Childhood injuries a priority here at the American Orthopedic Sports Medicine Center. When I see children who have suffered injuries in competitive sports or recreational play, often I discover that they’ve been caused by preventable circumstances.

This article highlights one of the most tragic consequences of childhood athletics: blindness. Sadly the ever-increasing intensity of these athletic contests has precipitated an upward trendline in these serious injuries. In extreme cases, the loss can be permanent:

“We believe that sports eye injuries are the largest cause of vision loss in children,” said Keith Gordon, vice-president of research at CNIB, a Toronto-based non-profit that provides support services for the visually impaired.

Because basic safety gear such as goggles remain comparatively rare, sports injuries in children during basketball and baseball can be devastating if the blow strikes close enough to the yee. This holds true throughout adolescence, and grows increasingly dangerous as the power of the competitors begins to outpace their reaction times.

I am proud to have been named one of the best pediatric orthopedists in San Diego. If your kid has suffered an eye injury or related sports injury and you want the best care in Southern California, contact my offices today.

Preventing sports injuries is one of the best ways to continue leading an active lifestyle. But doing so requires that you educate yourself about what not to do, from improper technique to inadequate preparation.

One of the biggest questions in this area surrounds the value of stretching. Is this time-honored warm up a boon to your health, or ballast that will weaken your bones and muscles?

Surprisingly, the data is mixed. Stretching is the most common form of preparation, of course, and most people believe that stretching helps limber up our muscles and minimize the risk of an unexpected sprain or tear. But not everyone agrees; a few well-designed studies have shown no specific benefit to stretching before exercise.

There is, at least, a good consensus on one point: stretching can’t hurt. Unless you are really overdoing it by maxing out your ligaments or straining to achieve unnatural positions, basic stretching is harmless, and may help in ways that go beyond basic muscle suppleness. Elevating your heart rate and drawing more oxygen, for instance, may help you perform better on the field.

Bottom line: stretch if it helps you feel good, but do not imagine that a quick stretch is any substitute for cultivating a deeper flexibility, or for staying in better shape. Good conditioning and rest will help you avoid more injuries than touching your toes anyday.

What causes elbow pain? It’s a common question, and one that I field on a daily basis in the San Diego Orthopedic Surgery Center.

Questions such as these rarely have simple answers; the elbow is a complex joint with plenty of moving parts. Any issue of injury or inflammation within the joint can lead to pain – and, occasionally create a cascade of further injuries as the elbow’s natural motion becomes impaired.

Elbow pain requires a careful and considered differential diagnosis. This page offers a snapshot of what orthopedists such as myself tend to consider when confronted with a new case, including how to determine if it’s tennis elbow or something else:

Check out the full page, which comes stocked with useful images to help you diagram what’s happening in your elbow And when you’re ready to see an expert, contact the elbow pain doctor here.

Shoulder pain is a common symptom, but sussing out the causes of that pain requires an expert eye. Understanding how to distinguish between trauma and arthritis, for instance, requires a review of what causes each.

This video is a good start. It offers a basic explanation of shoulder pain, and why its most persistent and progressive form is likely due to arthritis over injury:

Shoulder pain treatment in San Diego ranges from the therapeutic treatment of tears and tendonitis, to surgical interventions for issues such as frozen shoulder, chronic bursitis, or injury. If you have shoulder pain from arthritis and find that you simply cannot do many of the things you used to do with ease, it’s time to visit a San Diego orthopedic surgeon for a consultation.